How to get to the London City Centre


How to get to the City Centre from the Airports

London is one of the world’s most vibrant, most diverse and most exciting cities. Whether you are looking for culture, history, entertainment or just great food, you are sure to find it in the UK’s capital. However, transport there can be bewildering and difficult to understand for the first-time visitor (and sometimes, even for locals!). Here is how to travel to central London from the airports that serve the city. 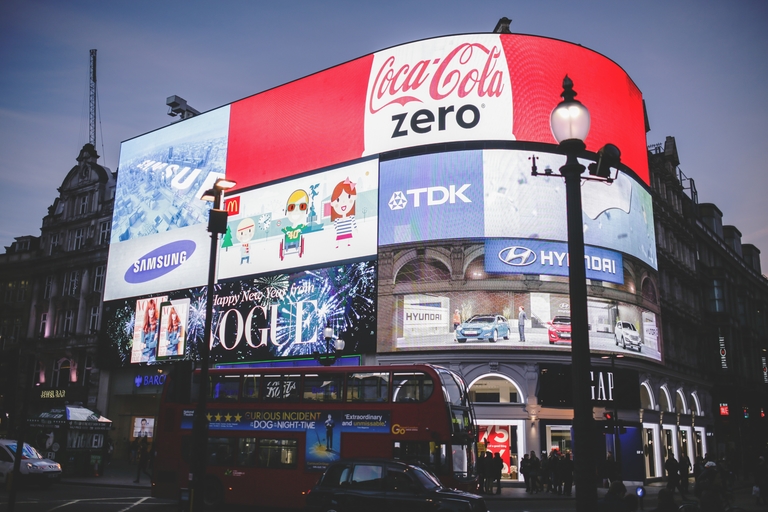 Travel Options
London is served by no fewer than six international airports, London City Airport, Heathrow, Gatwick, Luton, Stansted and Southend. All of the airports have good transport connections with the center of the city, although, for the airports located further out, options are more limited.

In general, your choices are either train or coach. Trains are operated by various companies, and the system of fares can be particularly confusing. For this reason, it is impossible to give examples of prices; instead, we give the relative costs of each service along with approximate travel times. As a rule, it is cheaper to travel during off-peak times.

The backbone of coach travel in the UK is National Express. These modern, comfortable and usually reliable coaches serve most of the London airports as well as the rest of the UK. Other bus companies also provide services to and from some of the airports.

Travel in London – Payment Options
Buying a single ticket for travel in London is expensive. Here are some alternative payment options that can also be used for many airport transfers.

How to reach central London from the Six London Airports

London City Airport (LCY)
London City Airport is the most central of London’s airports and is popular with business travelers from the rest of the UK as well as destinations across northern Europe. It is located about 11km (7 miles) east of the City of London business district. This is a minor airport with only one terminal. The short runway means only smaller aircraft are able to land here.

Bus/coach: Buses only serve the surrounding area; this is not a realistic option for reaching the city center.

London Gatwick (LGW)
Gatwick is the second-largest of London’s airports and is located about 48km (30 miles) south of the center of the city. There are many options for onward travel from this major airport.

Train/underground: There are three train options for reaching central London from Gatwick. The Gatwick Express is the fastest and also the most expensive, connecting the airport with Victoria Station. Thameslink trains are almost as fast but are significantly cheaper. This is a good option for traveling to the City of London business district. They also stop at London Bridge, from where it is easy to travel by Tube to the center. The final option is Southern Trains, running on the same route as the Gatwick Express. They are cheaper, but also slower, and can be very busy during peak hours.

Bus/coach: National Express operates a service between Gatwick and London Victoria. It is cheaper than the train but can take up to three times as long due to traffic. Buses run approximately every hour, 24 hours a day.

London Heathrow (LHR)
Heathrow is the largest of London’s airports and is located about 23km (14 miles) west of the center. It is the major hub for flights arriving from outside Europe.

Train/underground: The simplest and cheapest way of traveling to the center is on the Underground, taking around 45 minutes to an hour on the Piccadilly Line. A more expensive but more comfortable option is the Heathrow Express, which runs every 15 minutes, taking you to Paddington Station in 15 minutes. However, you may then need to take the Underground from there, depending on your final destination. A third option is the TFL train, running on the same line as the Heathrow Express but stopping along the way. It is cheaper than the Express but also much slower.

Bus/coach: There is a National Express service from Heathrow to London Victoria. It is slightly more expensive than the Underground but is more comfortable. With the bus, there is always a risk of being caught in traffic.

London Luton (LTN)
Luton Airport is located about 47km (29 miles) north of the central London on the Bedfordshire/Hertfordshire border. It mainly serves destinations in Europe and is a base for several low-cost carriers.

Train/underground: The Luton Airport Train Service is more expensive than taking a bus but is quicker and there is no risk of being caught in traffic. The connection takes about 25 minutes, and trains depart up to six times an hour. The station is located 5 minutes by shuttle bus from the airport (departures every ten minutes).

Bus/coach: Coaches are probably the best option for travel from Luton Airport to central London. National Express and Greenline/Terravision buses run almost identical services, taking you to either Victoria or Paddington. Buses leave every 15-20 minutes, 24 hours a day and take 60-90 minutes. The major disadvantage is that traffic can be unpredictable and may result in long delays.

London Stansted (STN)
London Stansted is located in the county of Essex around 68km (42 miles) northeast of the center of London. It serves as a base for many low-cost airlines and is the UK’s fourth-busiest airport.

Train/underground: The Stansted Express rail link takes you to London Liverpool Street Station. This is the fastest and most comfortable option, but unless you are heading for the City of London business district, Liverpool Street might not be the most convenient station.

Bus/coach: National Express and Airport Bus Express run services to various destinations within London. However, there is always a significant risk of traffic. Another option is to take a bus as far as an Underground station (Stratford, for example) and then to complete the journey by Tube.

London Southend (SEN)
London Southend lies about 58km (36 miles) east of the center of London. It was once the UK’s third busiest airport, but with only one small passenger terminal, it is less important nowadays.

Train/underground: The most obvious way to travel to London from Southend Airport is by train, which travels to Liverpool Street Station. During peak times, there can be up to eight departures an hour, but most of the time, there are only two or three. Travel time to Liverpool Street is 53 minutes. Since Liverpool Street is not the most convenient station for travel into central London, another option is to get off at Stratford and join the Underground system there.

Bus/coach: There is one National Express bus per day from Southend to London, but the bus doesn’t stop at the airport; you need to travel into Southend town to catch it, meaning it is not a convenient option.

Taxi/Uber: Andrew’s Taxis runs an official shared taxi service from Southend Airport to London. The fare is £27.50 with a minimum of four people. If there are fewer than four people, the full fare of £110 is split between the passengers. An Uber ride costs about £70-90.

Stay connected during your trip to London

Whichever airport you arrive at, you will want to stay connected during your time in London. Click here to see the details of our portable Wi-Fi solution that gives you unlimited access to high-speed internet wherever you go.

Did you know that London offers a free Wifi box?
Click here to learn more about it.

The Deep Knowledge Group recently published an in-depth 250-page report ranking 200 countries and regions around the world on how safe they are in terms of travel during the covid-19 outbreak. Although the resumption of…

When you travel, it’s not always practical to take your luggage with you everywhere you go. If you check out of your hotel early or you are only visiting a city for a day, it’s…